Years ago, our oldest son captured a bee swarm.  This hive was busy during all these years. This year, the beehive met its demise. Upon inspection, it appeared to be queen less, defenseless, and it was being robbed. We managed to get some of the comb to harvest the honey. The first thing that concerned our son was that they were dumping larvae on the ground. That isn't normal. The second thing was that he could see no pollen coming in and there was a weird buzzing sound that didn't sound right. It was like a robbing sound. If you listen to a beehive, it should be a harmonic soothing sound. Random crazy sound indicates that it is being robbed.

We wanted to use the smash and strain method, so a few years ago, we purchased a bucket that had a gate and buckets.

Below are some of the pictures that I took.

Love this sign. The sign can be found here: BTW, the best place to get your signs. 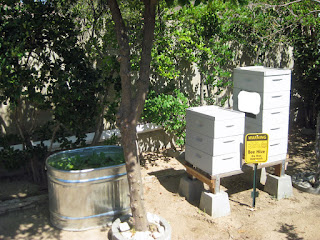 Our beehive and pond (water source for bees and filled with fish and live plants). 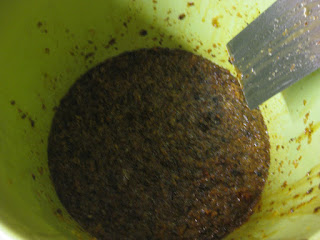 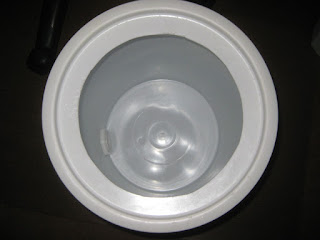 My husband cut a circle in the lid for the bottom container. It turned out nice as far as I am concerned. 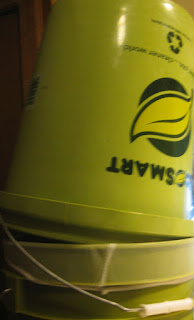 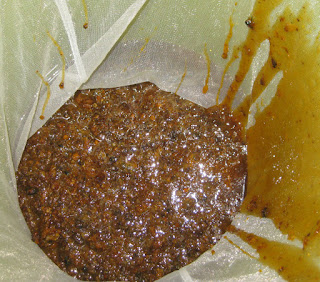 As our son's mentor said,"Let gravity do its thing." We let this sit over night. 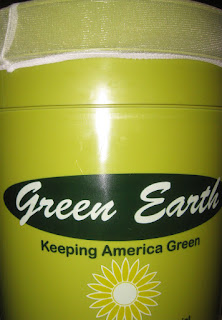 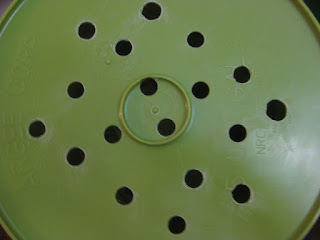 From our research, we drilled 1/2 inch holes for the middle bucket. 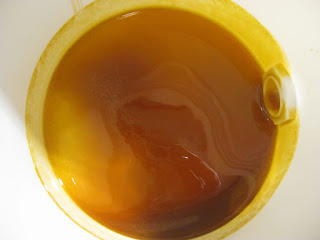 I have bottled over 10 jars of honey. I thought that I would take a picture of the honey before it was all bottled up.
Posted by countrynmore at 6:51 PM

countrynmore
Country N' More specializes in handmade reversible cobbler aprons, cover up and vintage aprons, custom aprons, toddler and children aprons, hanging oven door kitchen towels, embroidered kitchen towels and neck coolers. Each apron is made with the utmost care. Our aprons are perfect for wearing for cooking, crafting, cleaning, gardening, plus so much more. We also have an on line quality quilt fabric store.