I have posted in the past about our beehive and our pond. So proud of our oldest son who had a concept of using a large trough for a fish pond. He built his own solar powered pump. That is the good news. The bad news is that we have raccoons. Now, who doesn't have a raccoon problem right.

Well, low and behold we had an early morning visitor from a raccoon. I am sure that this raccoon has been here before and it is probably one of the raccoons that used to live in the now removed tree from our neighbor's yard. The baby raccoons looked so cute. Well, this raccoon was seen walking around on the top rim of the pond. Then....it was seen putting its paws in the pond. Later, the raccoon was on the ground doing something which were unsure of until the following morning. There was the remains of a snail shell on the ground. I know snails right? Well, these are good snails and rare ones at that.

Later that day, our son discovered one of the gold fish lying on its side at the top of the of the pond. After doing research, it was learned that the fish either had a trauma (probably from the raccoon) or an infection. Our son took the cute goldfish out and placed it in a container. This fish was given treatments. Glad to report that the goldfish is doing fine and now swimming with its friends again in the pond. The goldfish was treated for 5 days.

We have put a heavy grid on top of the pond. BTW, it was also noted that the raccoon was trying to mess with our calm bees. The raccoon was stung. The bees were upset the following day, but they are back to being calm once again. 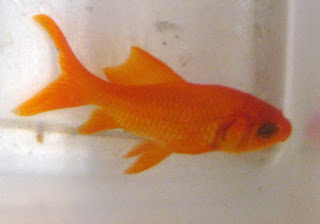 Posted by countrynmore at 2:59 PM

countrynmore
Country N' More specializes in handmade reversible cobbler aprons, cover up and vintage aprons, custom aprons, toddler and children aprons, hanging oven door kitchen towels, embroidered kitchen towels and neck coolers. Each apron is made with the utmost care. Our aprons are perfect for wearing for cooking, crafting, cleaning, gardening, plus so much more. We also have an on line quality quilt fabric store.